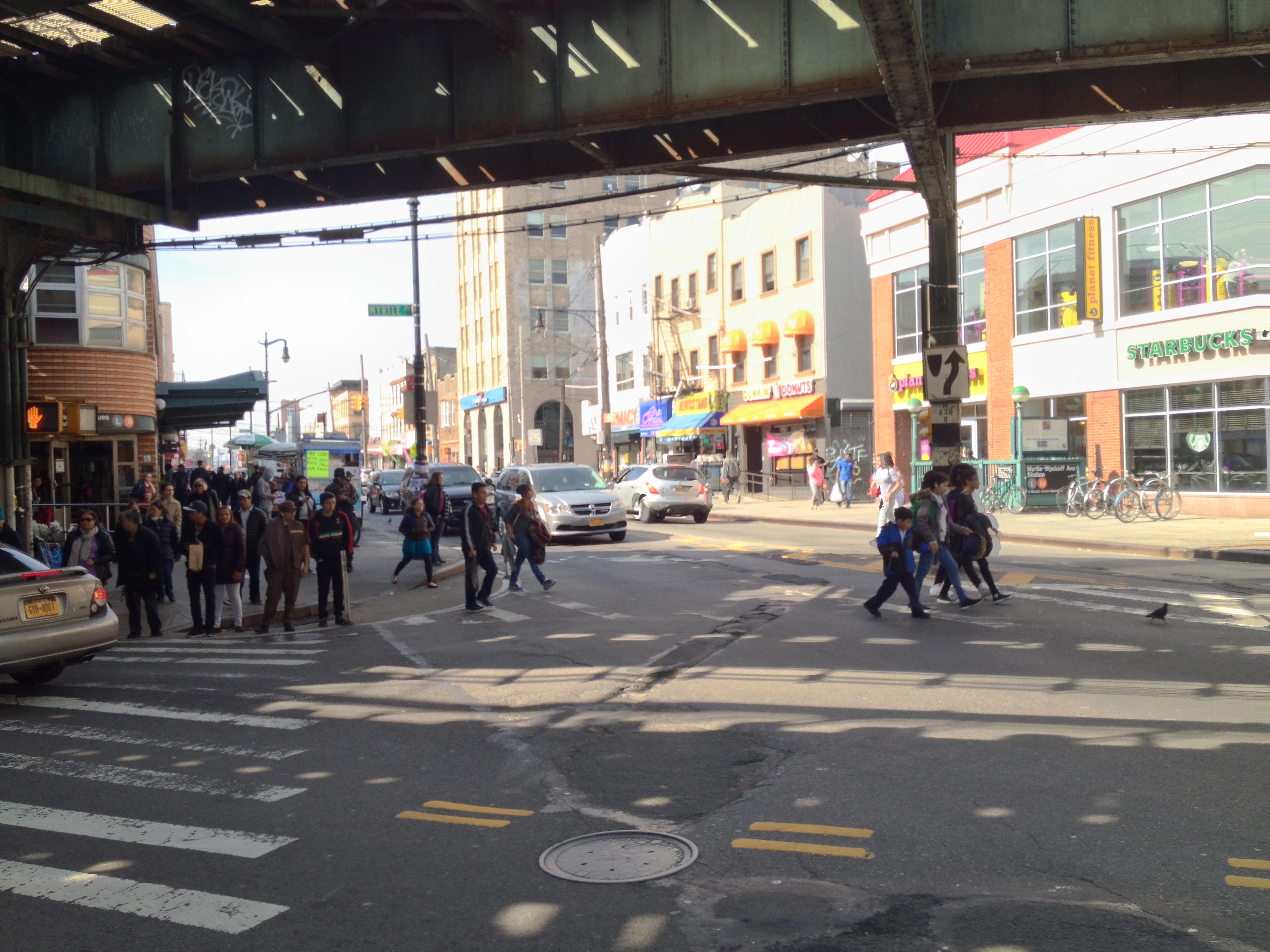 The intersection of Myrtle, Wyckoff and Palmetto has long been a dangerous intersection in Bushwick. The NYC DOT made added curb extensions and banned certain turns. Yet, many drivers ignored the new regulations. So the NYC DOT decided to make more changes. These changes resulted in the plaza at Wyckoff Avenue between Gates  and Myrtle Avenues. 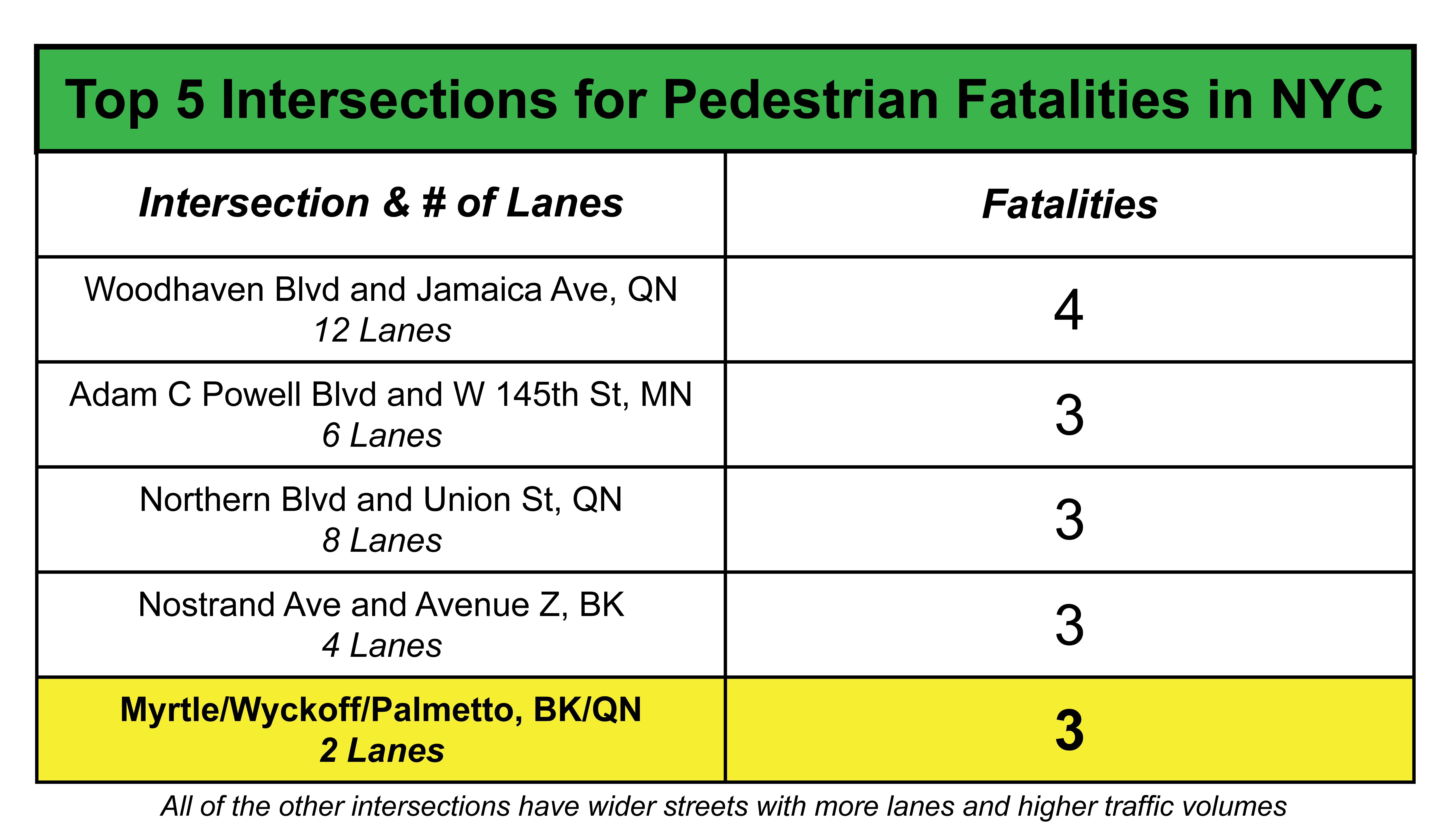 The chart above shows the top 5 intersections for pedestrian fatalities from 2010 - 2014. The junction of Myrtle/Wyckoff/Palmetto ties for 2nd for the deadliest intersection in the entirety of New York City. The other intersections listed in the chart have more lanes. For a relatively small street to have as many crashes as a street with an 8 lanes was troubling. 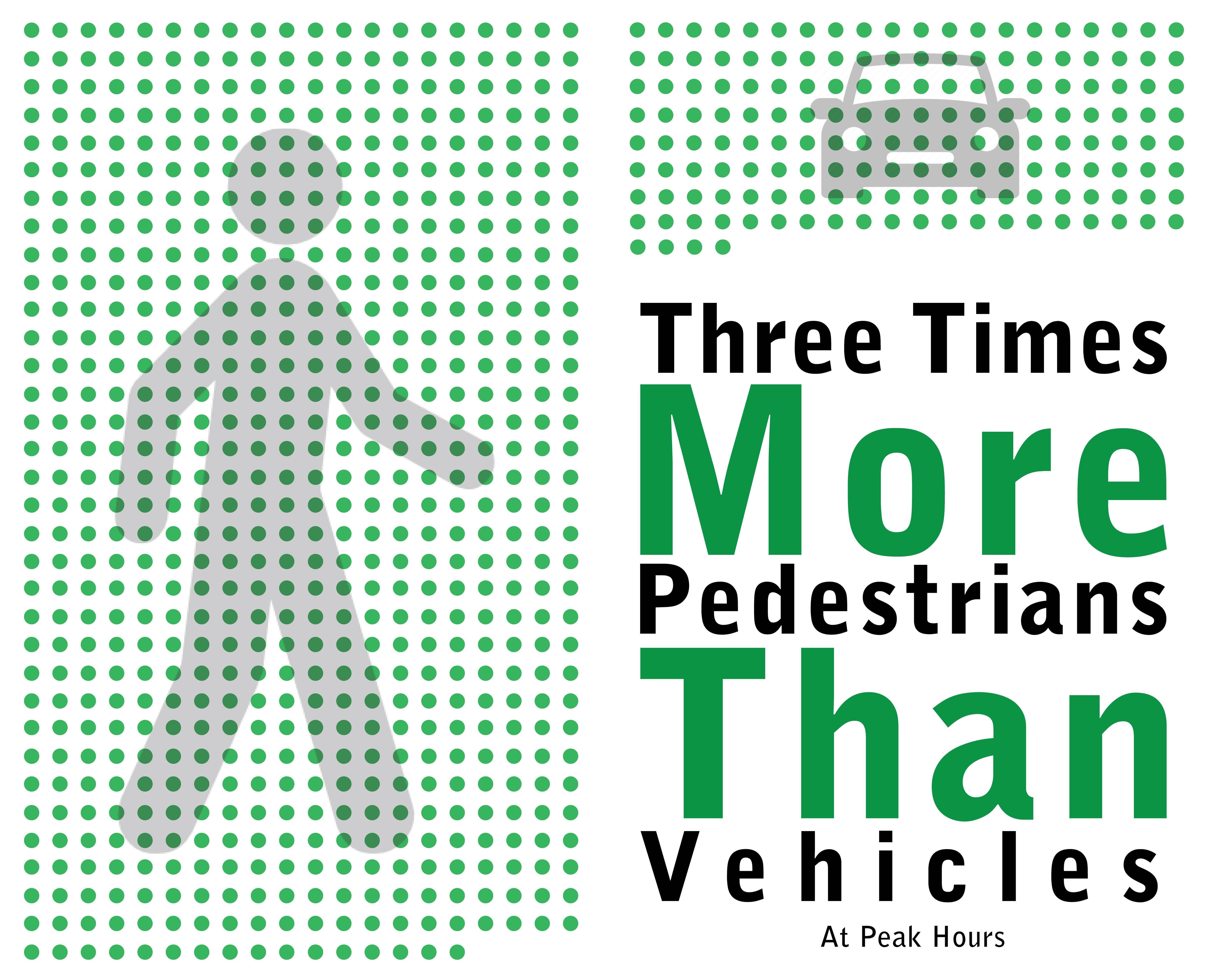 The illustration above shows the difference  in the amount of cars and pedestrians in this intersection. The peak usage for this intersection is 678 pedestrians per hour, compared to 184 cars per hour. This is due to Myrtle/Wyckoff/Palmetto serving as a transit hub. Both the L/M trains and the Ridgewood Bus Terminal is located here.

Because of the geography of the intersection, there were 25 possible movements for vehicles. As the number of turns increase, the likelihood of crashes increase. The conversion of the block into a plaza would leave a possible 7 possible movements for cars and buses to make. This is in conjunction with existing turn bans. You can see the before and after in the illustration above.